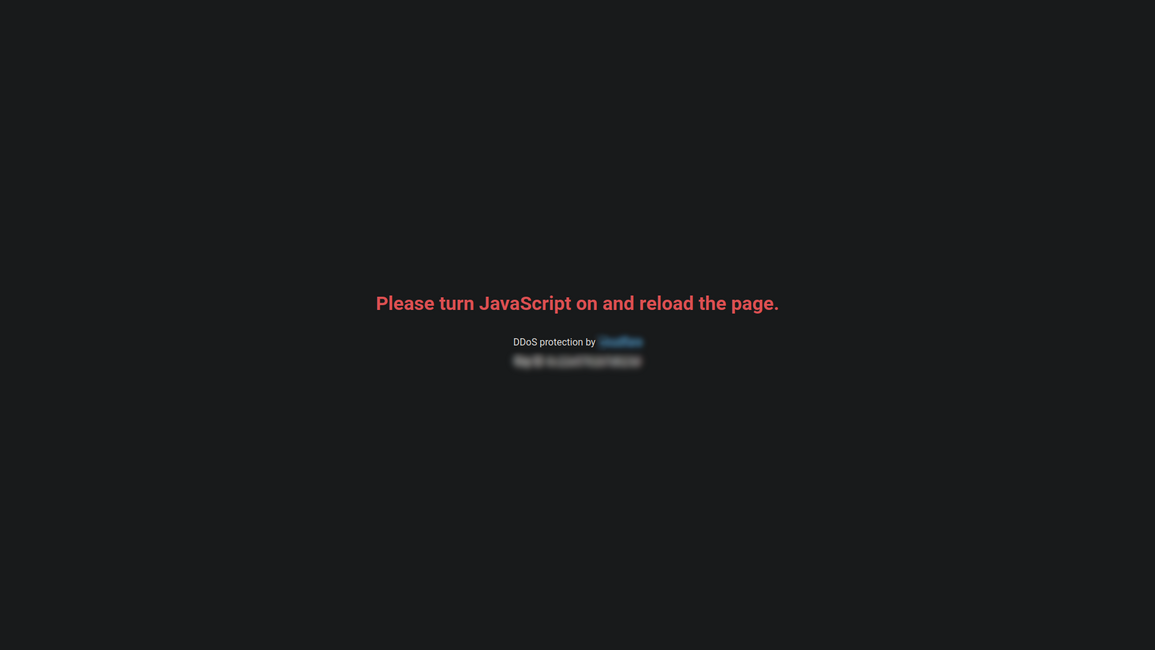 --
The header image is a website screenshot containing the text: "Please turn JavaScript on and reload the page.". This is what you get if you try to access a website behind the C9e CDN and use the NoScript and DarkMode Firefox add-ons.

The profile image is a generated portrait of a smiling middle-aged man with light-brown hair. The image was generated by https://ThisPersonDoesNotExist.com

@Gargron Yes, there is some analysis that suggests they have a hard time finding the techies to do some of the required work as most tech people are more likely to be in the liberal or libertarian quadrant rather than authoritarian far right.

I’m trying to establish whether this struggle is just a technical one or whether there might be other factors at play (economics, politics, loyalty, factions).

internet of tractors in time of war

In a parallel universe, where John Deere is a Russian company, those UA farmers can't tow away those tanks. If they didn't disconnect in time or they've accidentally enabled the connection, there is no more towing for them. With everything on the internet, they've got a #TowBan and a #PlowBan

We're not in that universe, so we only have a #RepairBan, but are you sure you want to give up on your popcorn in time of war? #InternetOfTargets #IOT

Why can't we have light websites? Especially when there isn't anything relevant to show inside an image?

I have JS disabled by default, but images are still enabled, becuase #FOMO

@mullvadnet, your "Get started" page on the onion service makes a request to https://api.mullvad.net/www/settings/ you should fix it to go through the onion service or at least configure CORS and warn the users about this.

Mike, First of His Name @mike@chinwag.org

@th From memory, there was a great design around recently where someone built a USB-C device that used detection of cable orientation so it wouldn't work until you plugged it and unplugged it once, flipped the cable and plugged it in again, then unplugged it and put it back the first way again. @TheGibson I don't like your choice of words: I know about germs but have yet to see one...

I'll stick to Apache for now

re: Here we go again.

Seriously, I could not believe my eyes when I read this report.

Recently, an overwhelming number of media outlets from around the world have reached out with requests for interviews. This letter serves as my answer to these requests and is my testimony from Ukraine.

What happened just over a week ago was impossible to believe. Our country was peaceful; our cities, towns, and villages were full of life.

On February 24th, we all woke up to the announcement of a Russian invasion. Tanks crossed the Ukrainian border, planes entered our airspace, missile launchers surrounded our cities.

Despite assurances from Kremlin-backed propaganda outlets, who call this a "special operation" - it is, in fact, the mass murder of Ukrainian civilians.

Perhaps the most terrifying and devastating of this invasion are the child casualties. Eight-year-old Alice who died on the streets of Okhtyrka while her grandfather tried to protect her. Or Polina from Kyiv, who died in the shelling with her parents.

This is crazy, these changes will never be admitted into the law.

But it does help them by pushing the boundaries on what is deemed normal and in the end they will get what they want.

I don't speak legalese, but, it seems that the RO government wants all hosting providers to turn-over SSH keys on request. And this applies to all RO hosting providers or those that have romanian clients. FAANG/MANGA not excluded. Also, ANY law enforcement agency can ask this, they just need the proper reason.

For those who speak RO and don't need a screen reader, this is the notification submitted to the constituational court:

Be careful when choosing a license for your #HTML and #Gemini pages. Otherwise the GNU/Police might come GNO/cking at your door:

Oh... and their reasoning? You have one guess.

The good news is the fact that the law will be challenged at the Constitutional Court of Romania and probably it will never be applied.

Experts say it has many issues, but the most obvious one is that they've used words that don't exist in the Romanian language.

They've probably used #GoogleTranslate to get the translation for "encrypted" and they got a word that doesn't exist in our language: "cripat".

The Senate of Romania just passed a new law that forces all internet and telecom providers to record all encrypted and un-ecrypted traffic, on their cost, and also provide a way for the Romanian Intelligence Service to extract the data "as needed".

The new 100 page law was provided for review 10 minutes before the session and it was passed after 30 minutes of "debate". But there is good news...

Man, if there's a vulnerability in the OSS supply chain, somebody's thought of it. This one seems particularly tricky to defend against, from the registry's perspective.

DeVault on driving a #RiscV powered board:

"CPU-bound programs can be a struggle. However, this system has a consumer workstation GPU plugged into its PCIe slot. Any time I can get the GPU to pick up the slack, it works surprisingly effectively. For example, I watched Dune (2021) today in 4K on this machine — buttery smooth, stunningly beautiful 4K playback — a feat that my Pinebook Pro couldn’t dream of."

.. And #MirageOS is built in #OCaml which seems to be a great programing language, why isn't it more popular? Why are we still stuck with C&friends?

Here are 5 pages from the guys that works on the OS:

You can find more publications about OCaml, unikernels and MirageOS on their website:

--
The header image is a website screenshot containing the text: "Please turn JavaScript on and reload the page.". This is what you get if you try to access a website behind the C9e CDN and use the NoScript and DarkMode Firefox add-ons.

The profile image is a generated portrait of a smiling middle-aged man with light-brown hair. The image was generated by https://ThisPersonDoesNotExist.com